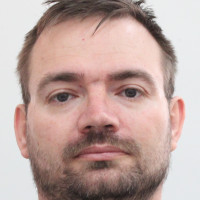 In Mixed Martial Arts (MMA), athletes are at a high risk of requiring treatments for the management of bleeding. This guideline is to be used in combination with latest ANZCOR Guideline 9.1.1 First Aid Management of Bleeding (Australian Resuscitation Council). This guideline will cover the additional considerations for the management of both internal and external blood loss from an athlete during the participation within MMA. The management of a bleeding athlete must be taken seriously to safeguard the short- and long-term health and welfare of both the athlete and the person conducting the treatment.

Standard precautions are meant to reduce the risk of transmission of pathogens (viruses, bacteria, etc) from both recognized and unrecognized sources. They are the basic level of infection control precautions which are to be used, as a minimum, in the care of all athletes.

The standard precautions to be used within the management of bleeding include:

The use of pressure on or around the wound is usually the fastest, easiest and most effective way to stop external bleeding.

Haemostatic products include gauze and dressings impregnated with natural agents that help stop bleeding. The haemostatic products recommended for use in Australia contain an agent called ‘kaolin.’  They are commonly used to control bleeding in the surgical and military settings but their use in the combat sports assist in the control of bleeding is becoming more common.

The World Anti-Doping Agency lists Adrenaline on its prohibited substance list unless used as a local anaesthetic by a registered medical health professional. Within Australia adrenaline is a scheduled medication and an appropriate authority is required for use and possession. Adrenaline being a medication has many side effects, which include placing an increased amount of stress on the heart, using such a medication, including topically, is dangerous and can have severe outcomes for an athlete.

Internal bleeding includes bruising, locally contained bleeding (e.g. an “egg on the head”) and can be associated with injury in the abdomen, chest or fracture.

Symptoms and signs may include:

End-swell, sometimes called an Eye Iron, Enswell, Endswell, Stop-swell or No-swell, is a small smooth piece of thick metal with a handle. It is kept in the ice bucket and is used to cool the area of a bruise or a cut by applying direct pressure to decrease the blood flow to the area. The idea being that the cold will cause capillaries to constrict and reduce the flow of blood to the swelling.

When using End-Swell’s between athlete’s they are required to be cleaned appropriately to prevent the transmission of pathogen’s.

Athlete’s participating in MMA have a high risk of trauma related nose bleeds. The following are additional guidelines for athletes with
bleeding from the nose.